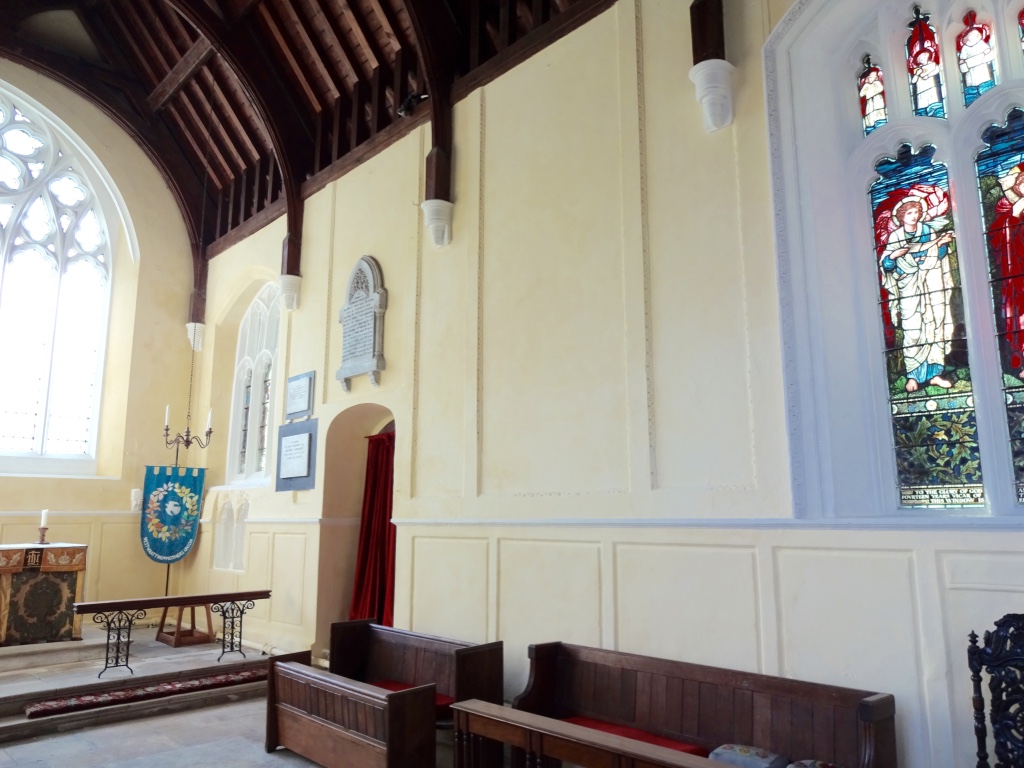 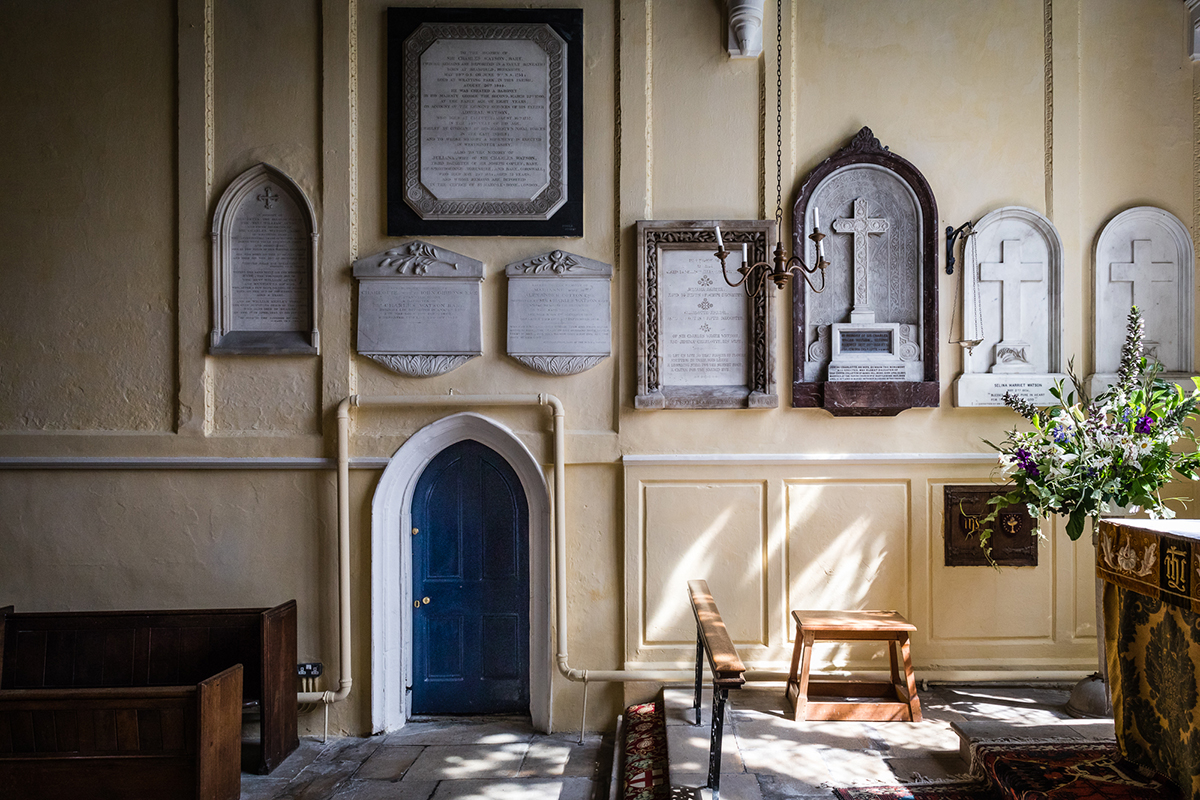 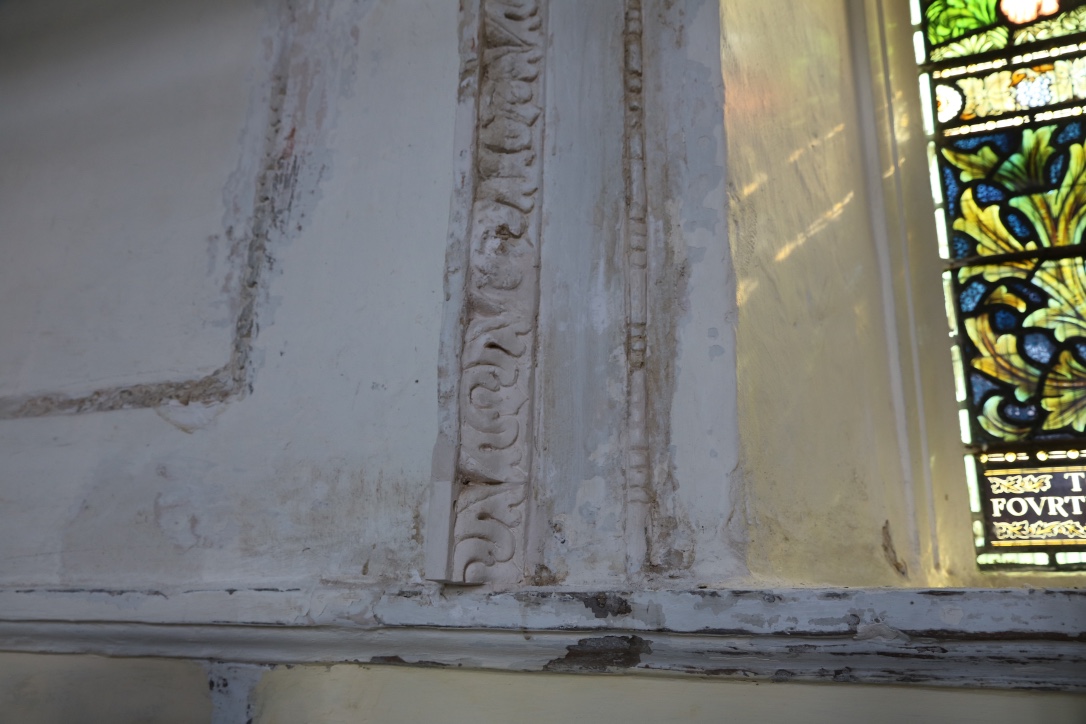 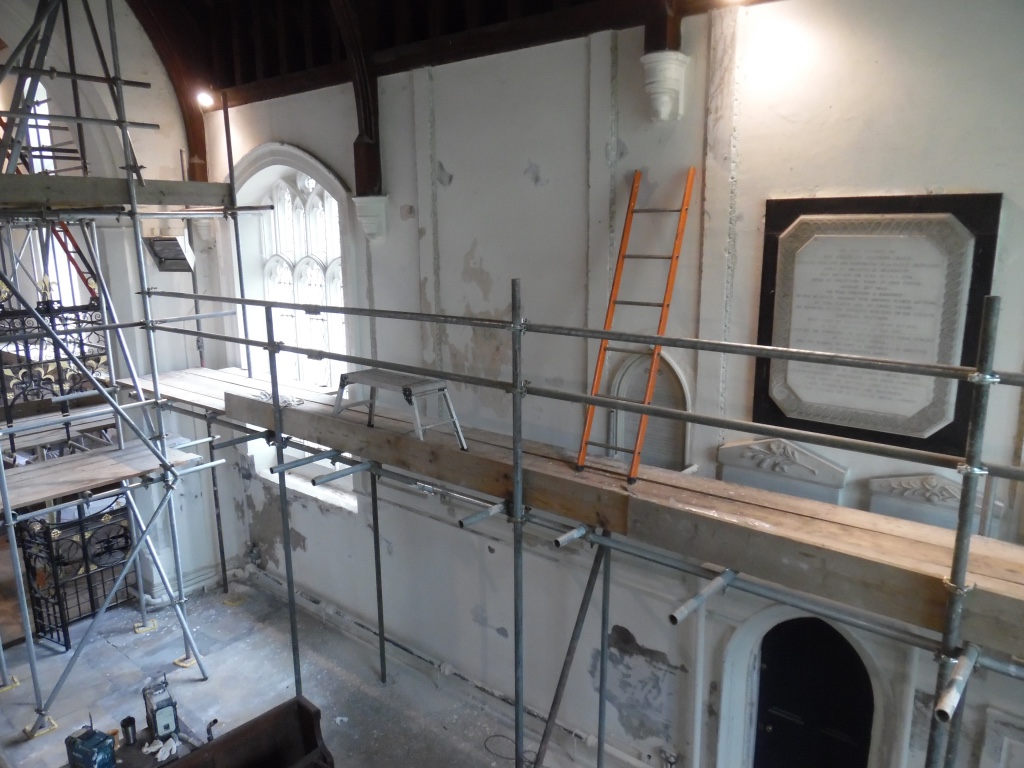 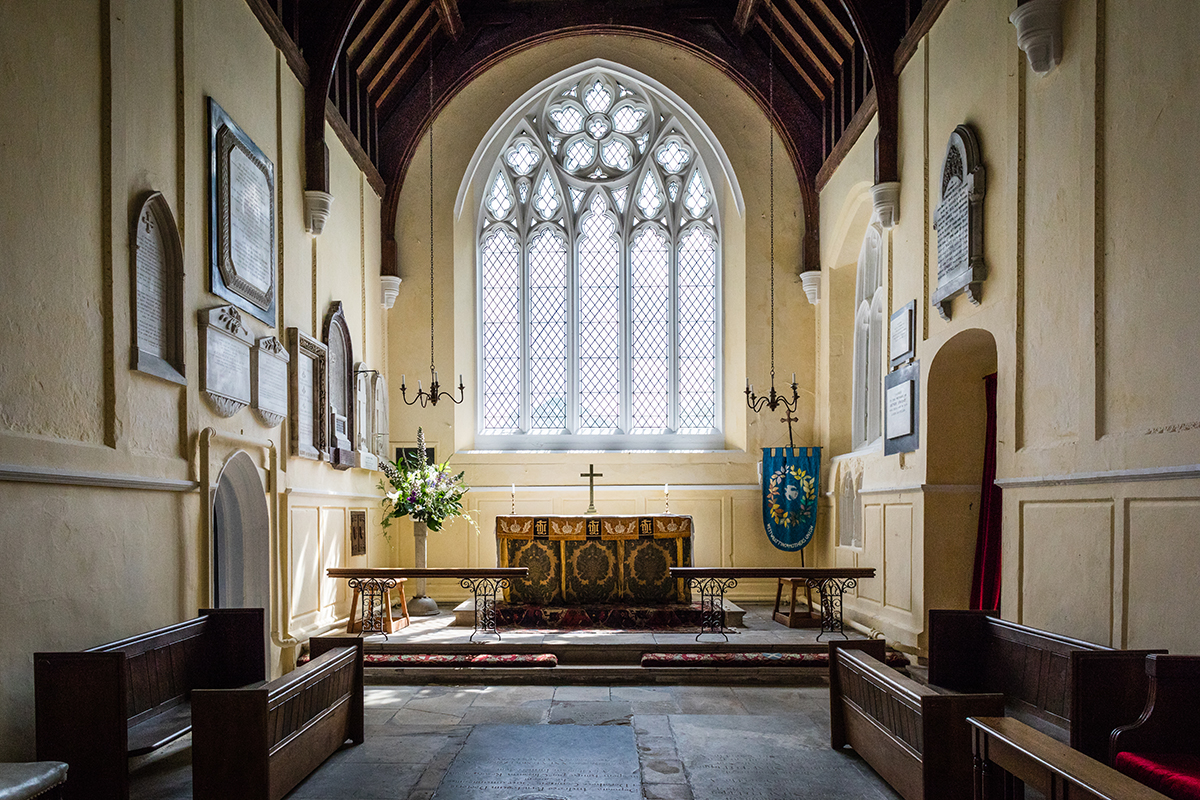 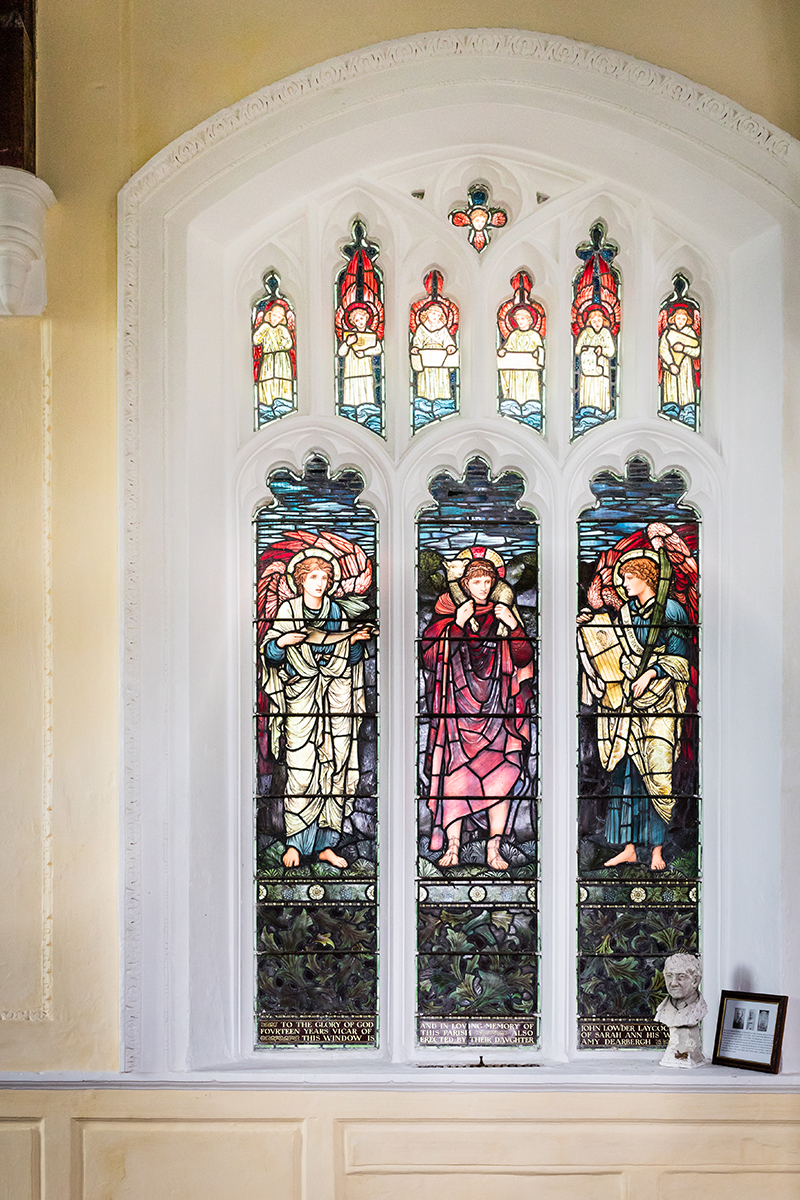 Following the theft of the nave roof the whole of the interior was redecorated, and this gave us the opportunity to give the chancel a face lift as well. St Andrew’s has undergone more transformations than most churches. In 1737 it was remodelled both inside and out to accord with the classical tastes of the time, and many of the gothic features were removed. This even included the east window by replacing it with a classical Venetian window! All the ceilings were plastered over, and the chancel arch was given a semi-circular appearance. The walls were plastered to emulate timber panelling with classical mouldings.

In the 1896 St Andrew’s was re-gothicised and virtually all of the classical detail was removed. The windows had their gothic tracery put back, and a new gothic-style east window installed. All that now remains of the classical scheme can be seen in the chancel, but even here all of the mouldings had been filled in, and quite a lot had been damaged.

Even so, I suggested that it would brighten the interior enormously to have the mouldings cleaned out and revealed. I also suggested we should high-light them in white limewash against a warmer pale ochre background. The PCC agreed and we took the decision to restore the most damaged sections as well using a skilled master plasterer. The result I think has been a triumph and the PCC are very pleased.