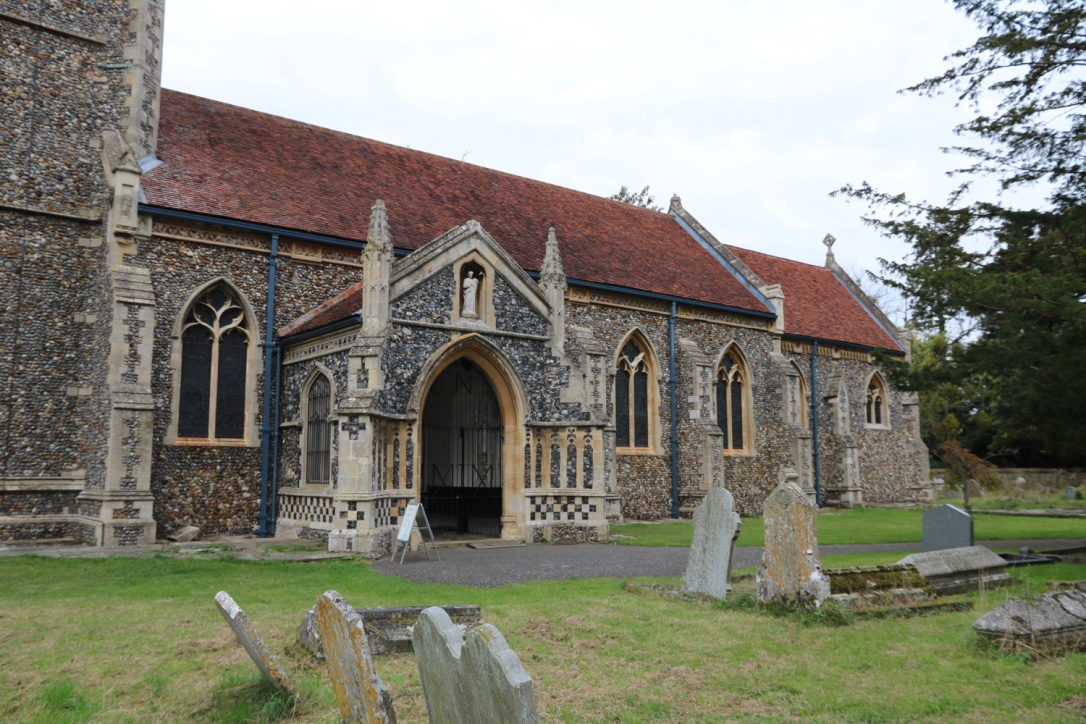 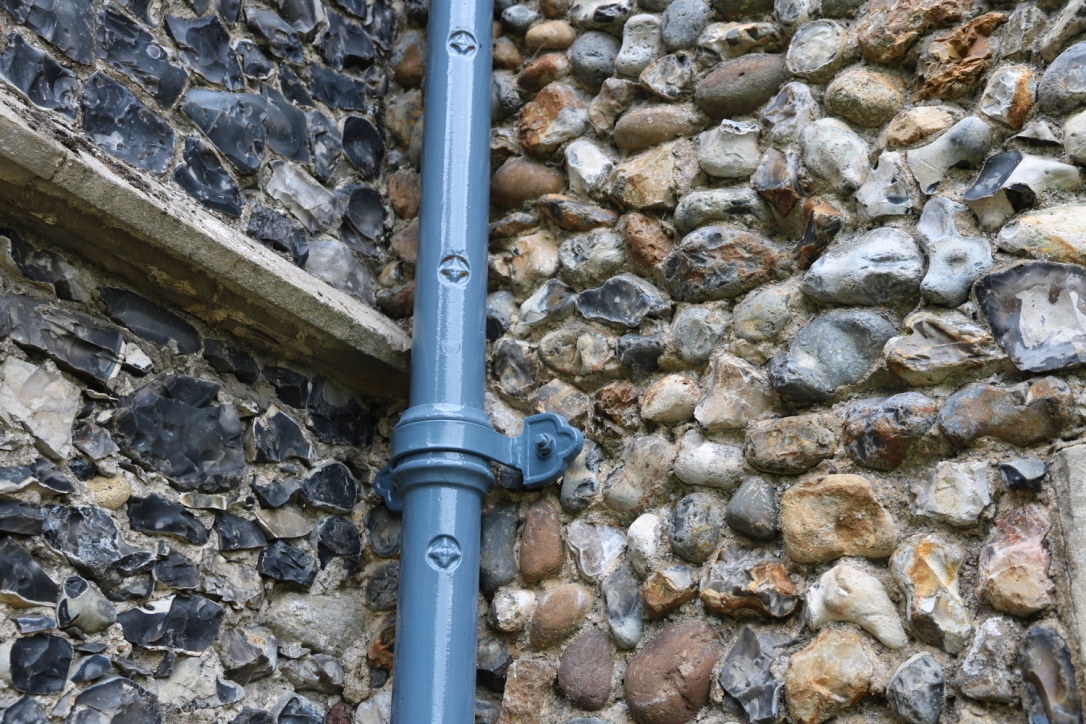 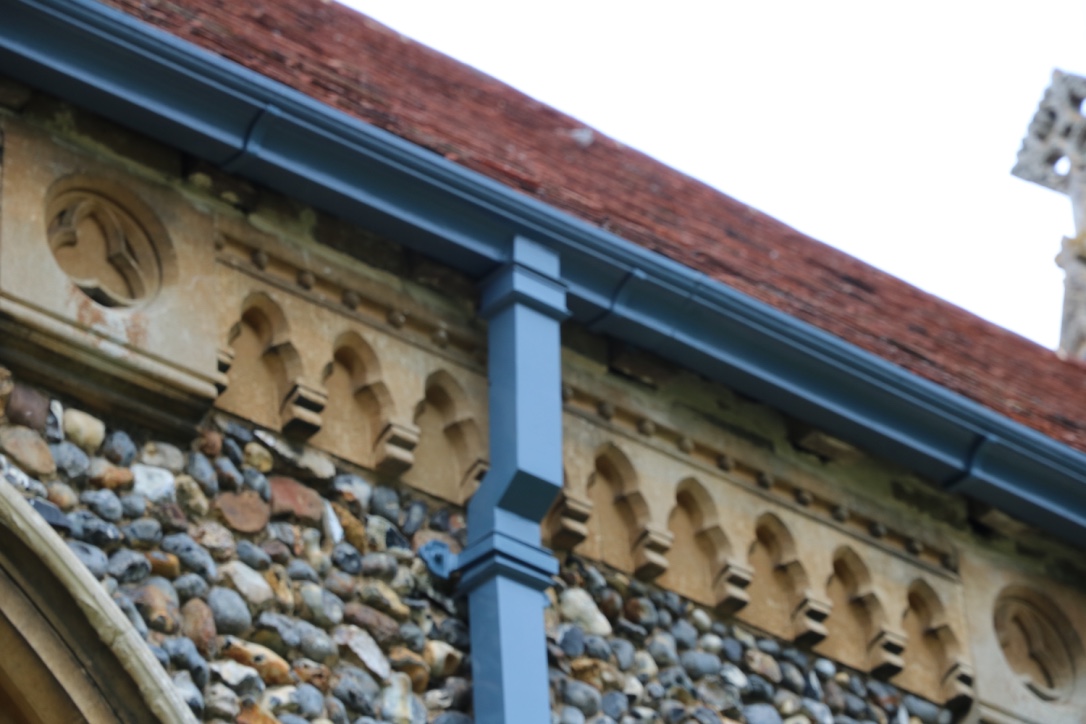 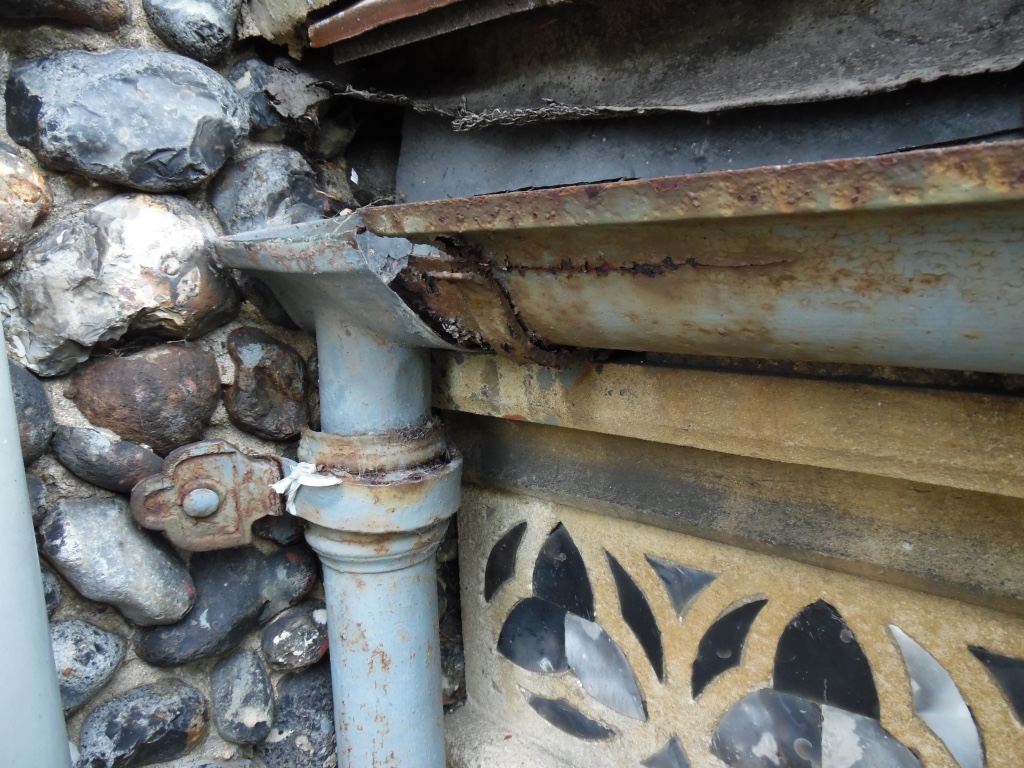 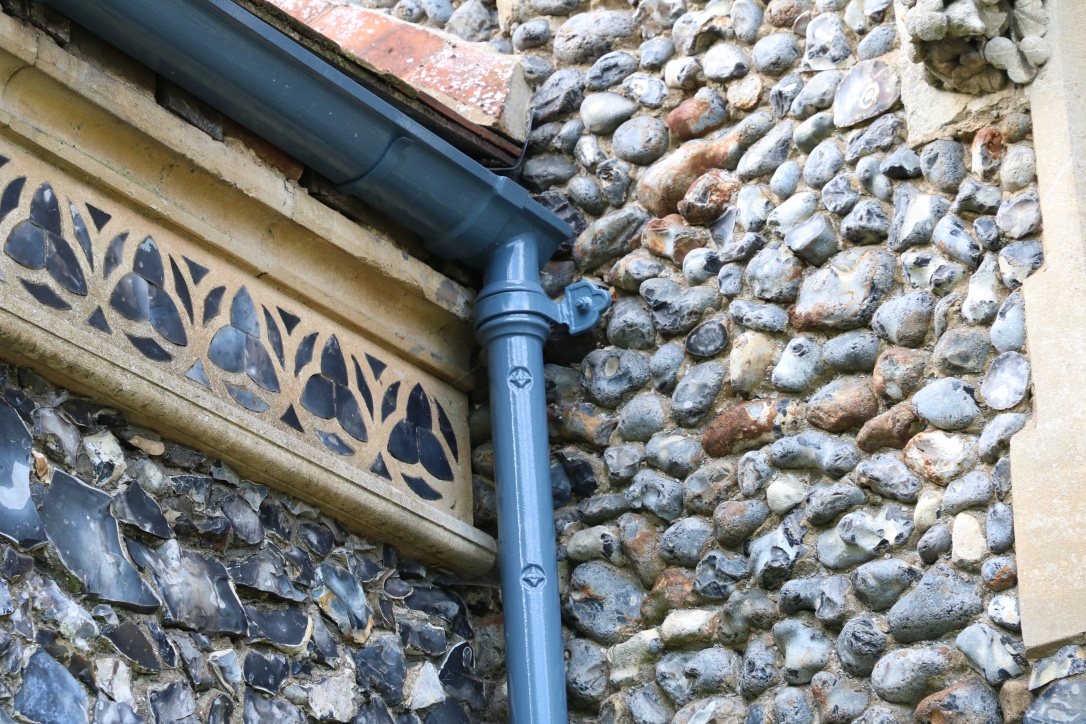 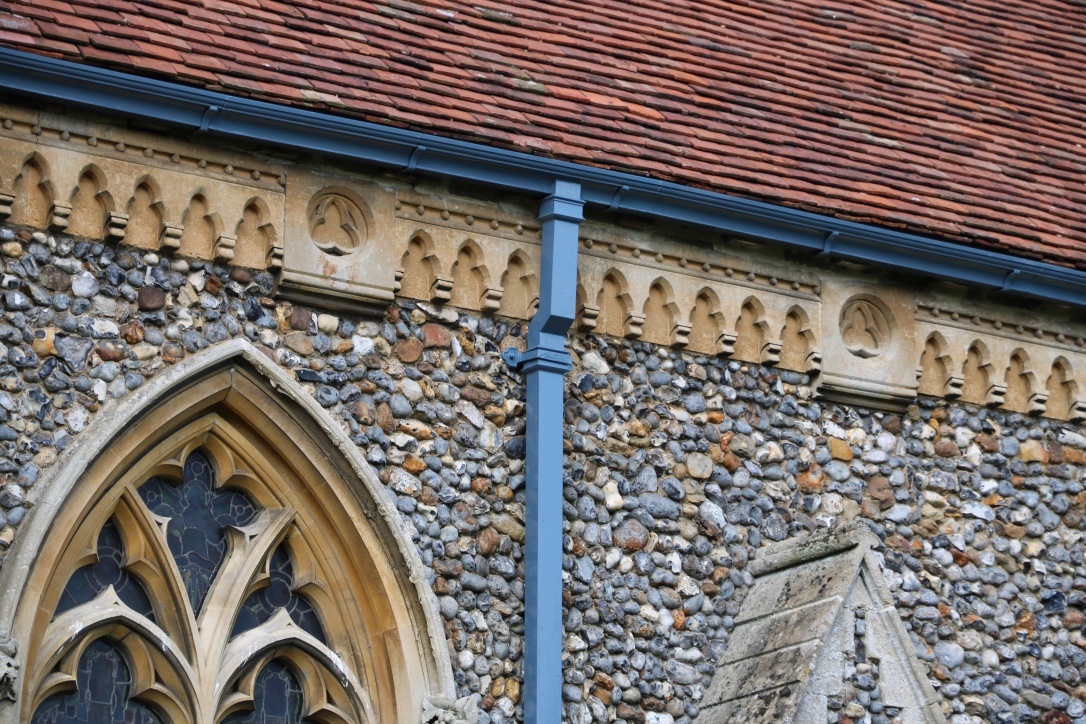 St Andrew’s church was all but rebuilt by the Victorian architect R M Phipson in 1875. Only some of the original medieval fabric remains in the south porch.

The quinquennial report I carried out in 2014 identified that all the of the existing rainwater goods on the church was defective and failing. Much of the Victorian cast iron had been lost, including to the south slope of the chancel, and north slope of the nave. All of the downpipes, except for the porch had been replaced with plastic at some point, and the south elevation of the chancel had been replaced in zinc. What was left of the cast iron was in a very poor state. However, what was left showed the use of very unusual patterns; the chancel had a different profile to the nave, as did the north chapel and the porch. Indeed, the porch had only one length of original downpipe remaining and this uniquely had an embossed motif on it.

I advised the PCC that the repair and replacement of the goods was urgent, and in January 2015 an application was made to the Roof Repair Fund to replace all of the rainwater goods with new matching cast iron goods. The works also included to provide new drainage on the north side of the church, and the replacement and redesign of the organ vestry roof that was also defective. Our application was successful, and following a detailed specification and tender throughout the rest of that year, works commenced in the spring of 2016 and concluded in the autumn within budget.

It was an extremely satisfying project to reinstate all new cast iron guttering that faithfully reproduced the original patterns including the unusual patras detail on the downpipes to the porch. The guttering is supported on hand-forged brackets by a local blacksmith and all the goods are factory finished in a superior paint system by the supplier. The church is now watertight as a result.